SOOTHER’s prototype is imperfect. More details about the various technical failures, miscalculations, and misadventures are found in docs and in voice.

Here is a demo of SOOTHER’s prototype app with SOOTHER’s synthesized whisper. As you’ll see, pronuncication and pacing is… imperfect :)

n.b. when the user taps the microphone button to speak or stop speaking, the app plays a “shhhh” sound to signal the button press. This isn’t automatically obvious in the video, hence this note. It is, quite frankly, kind of annoying.

Here are some of the best synthesized whispers from training the SOOTHER model. More whispers and related discussion are available in voice samples and the training docs.

SOOTHER’s prototype has the following functionality:

Here are some screenshots from the prototype app: 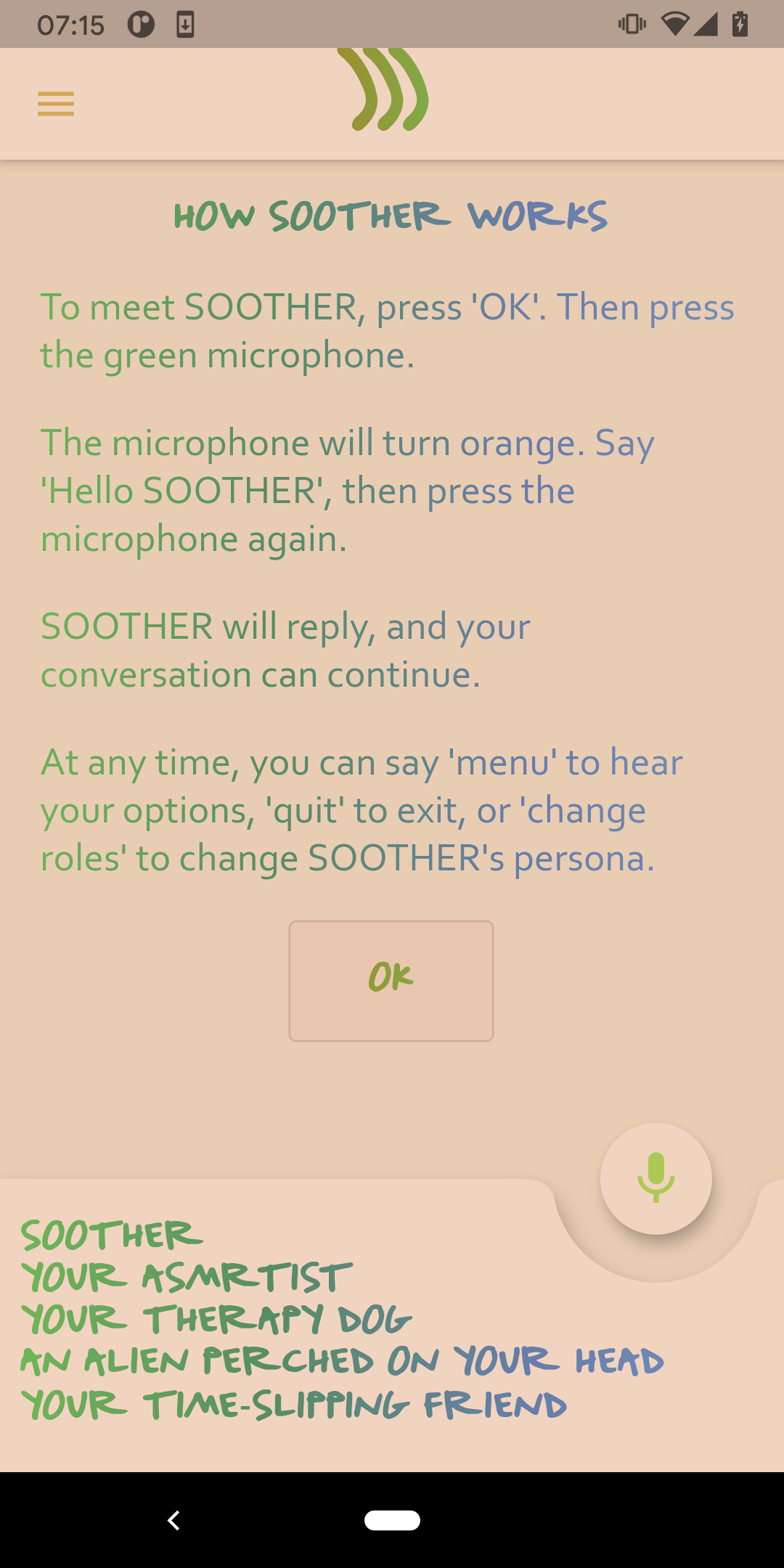 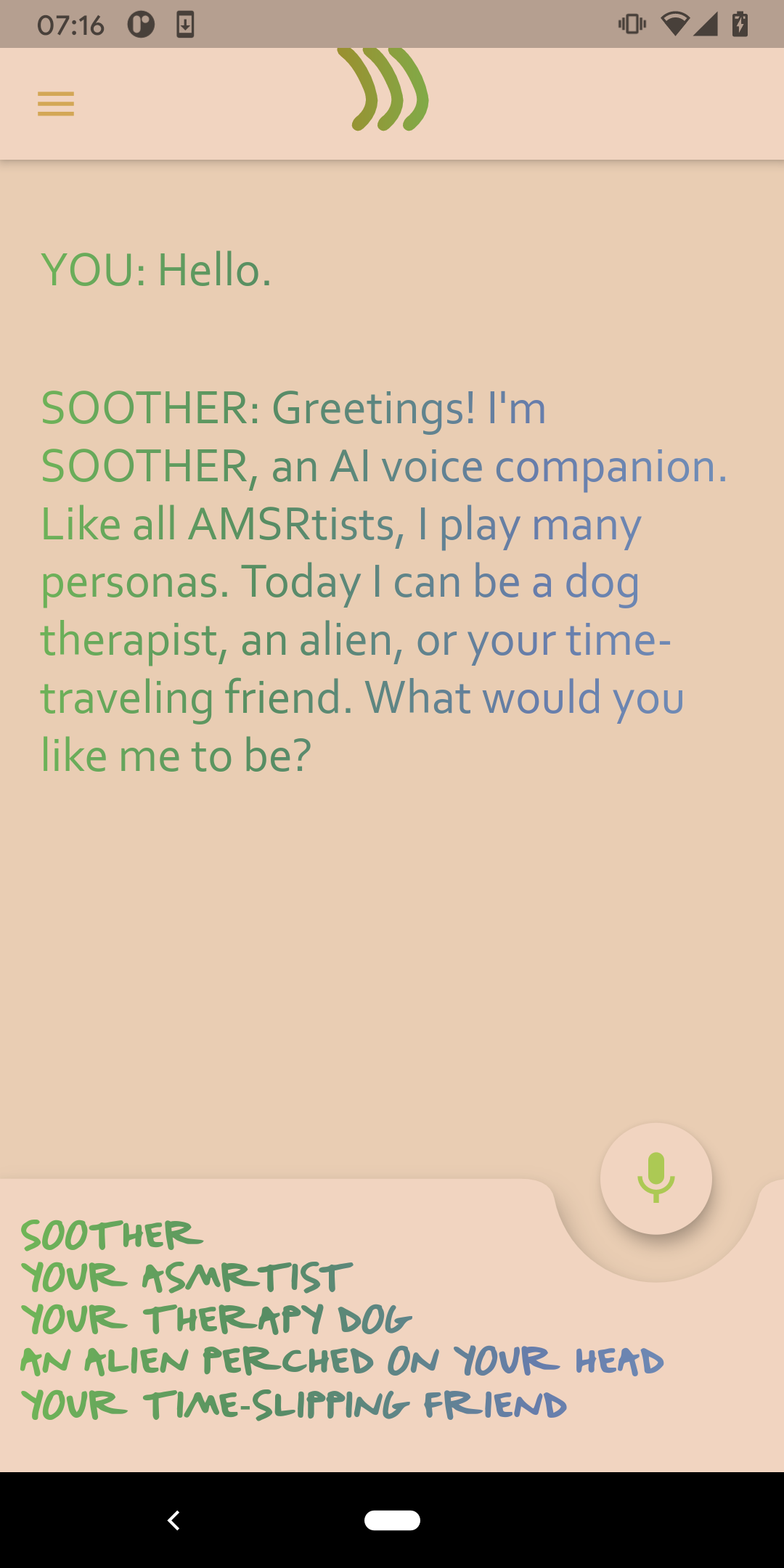 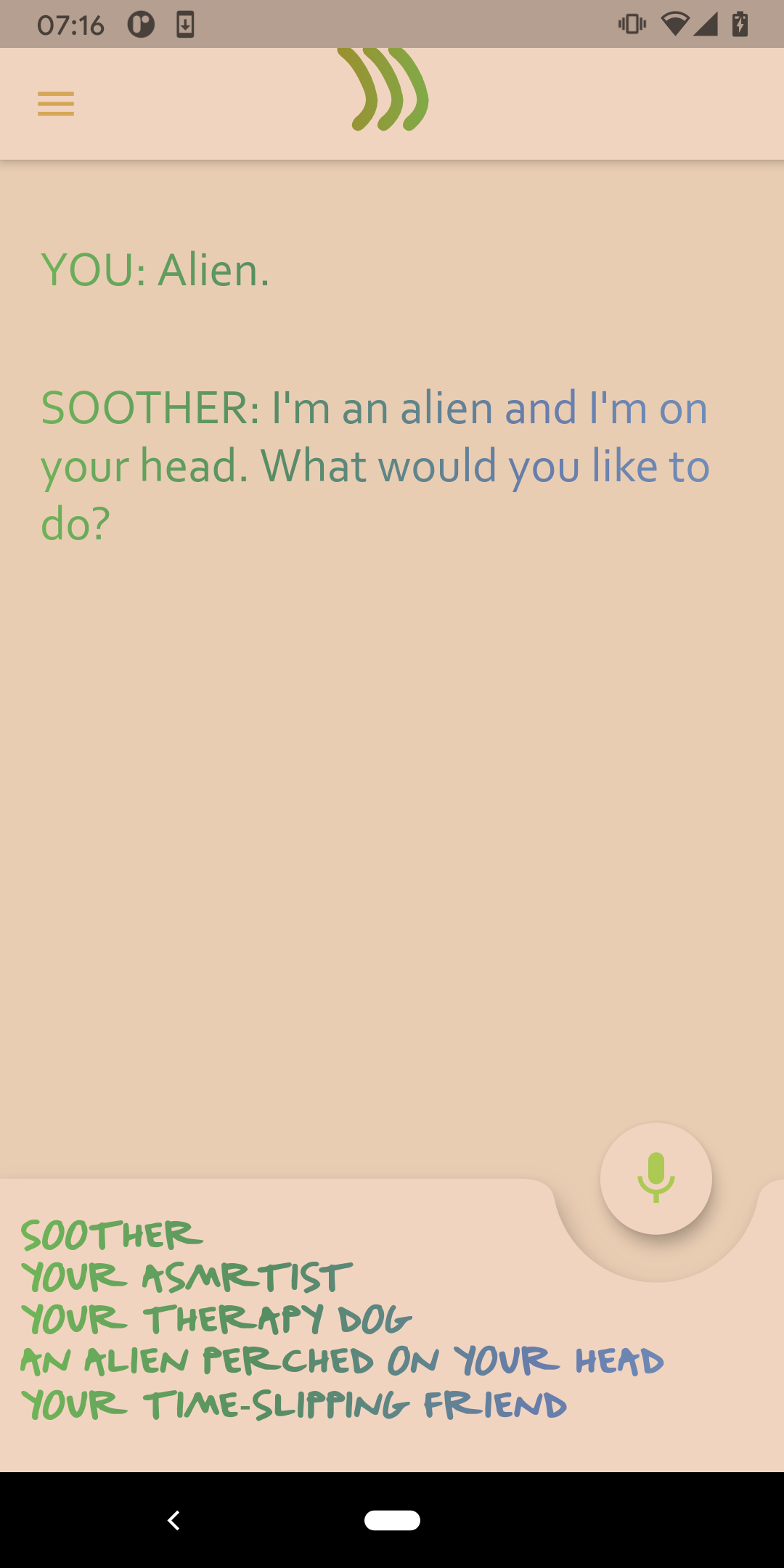 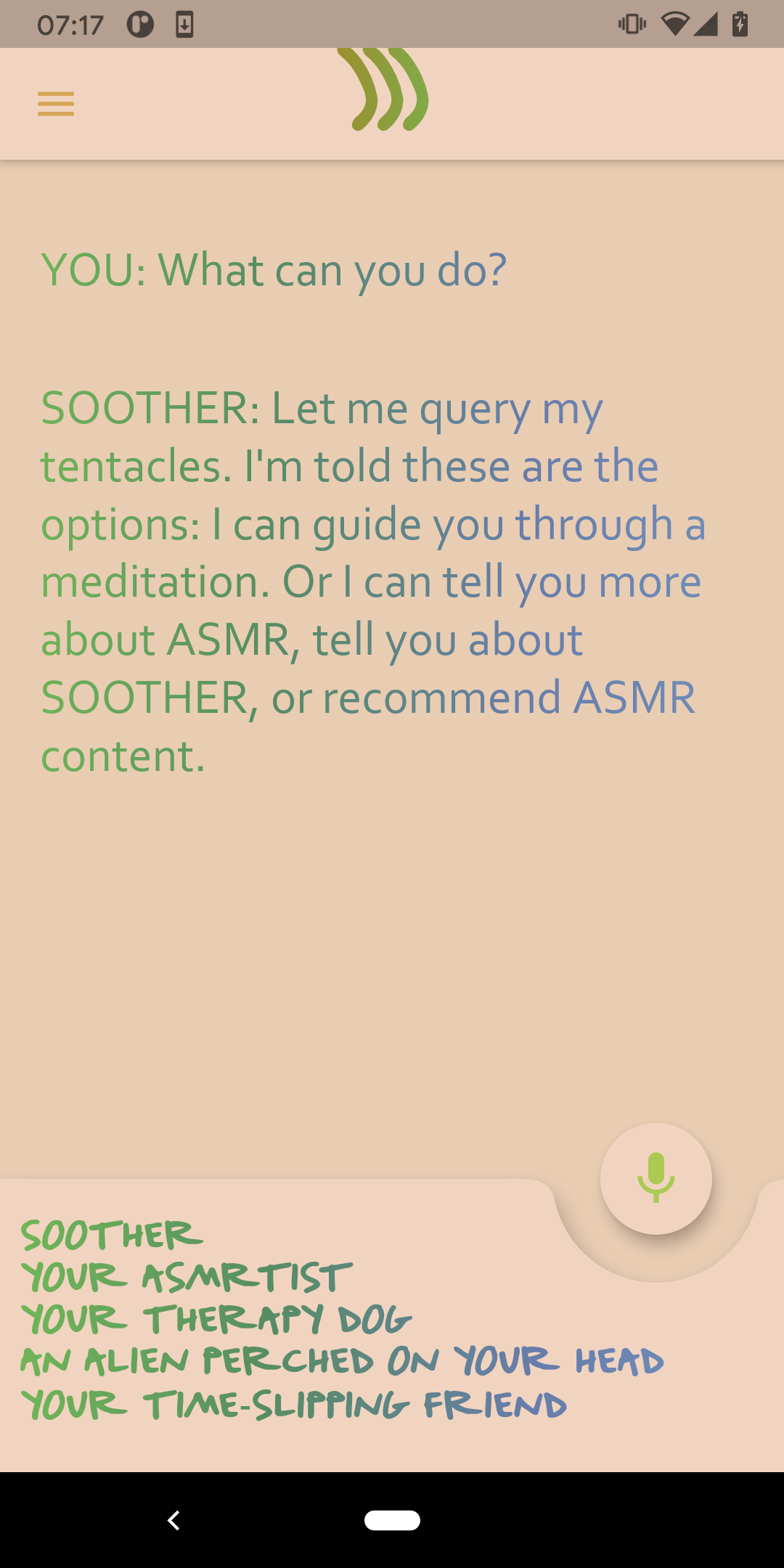 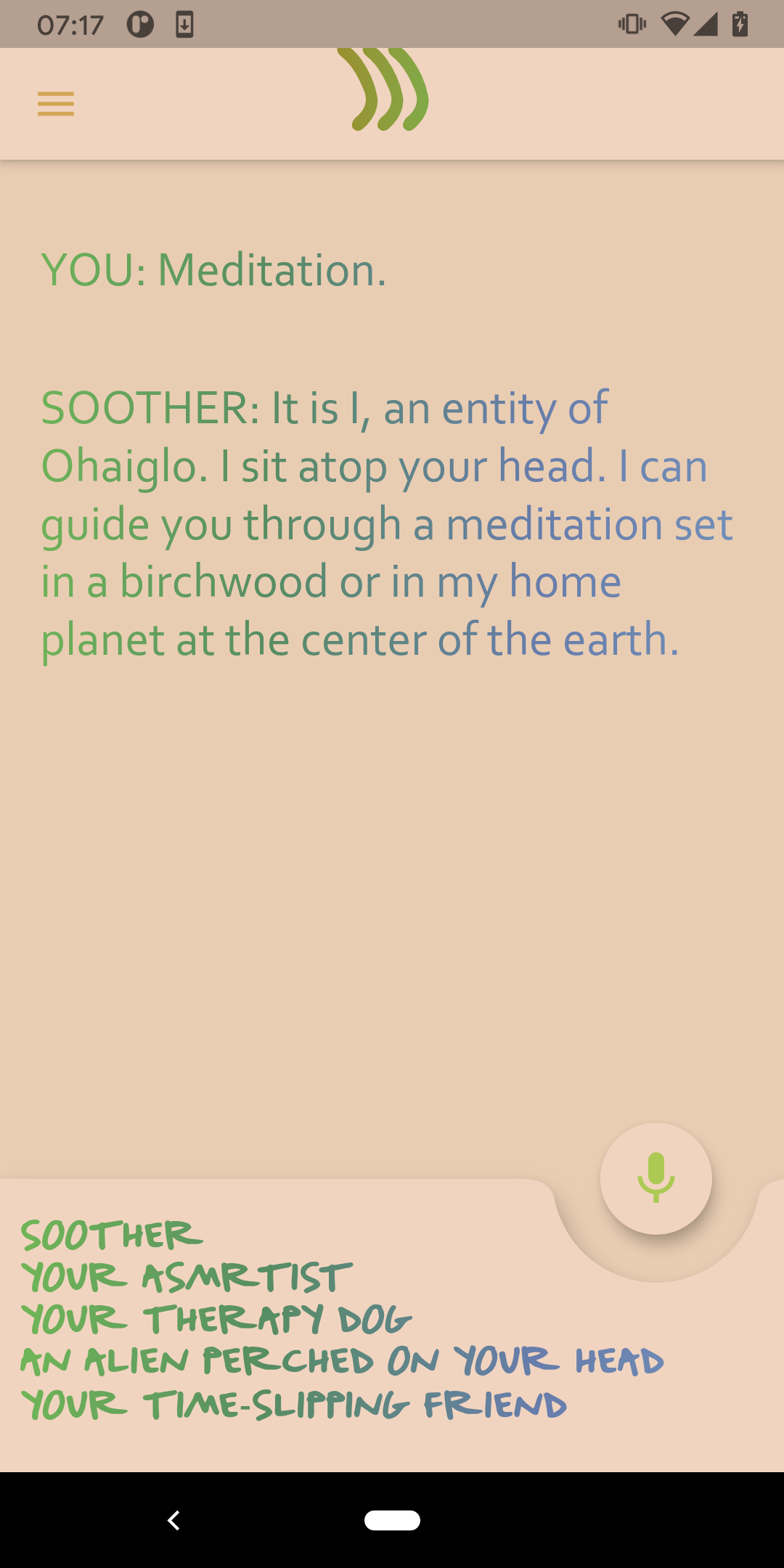 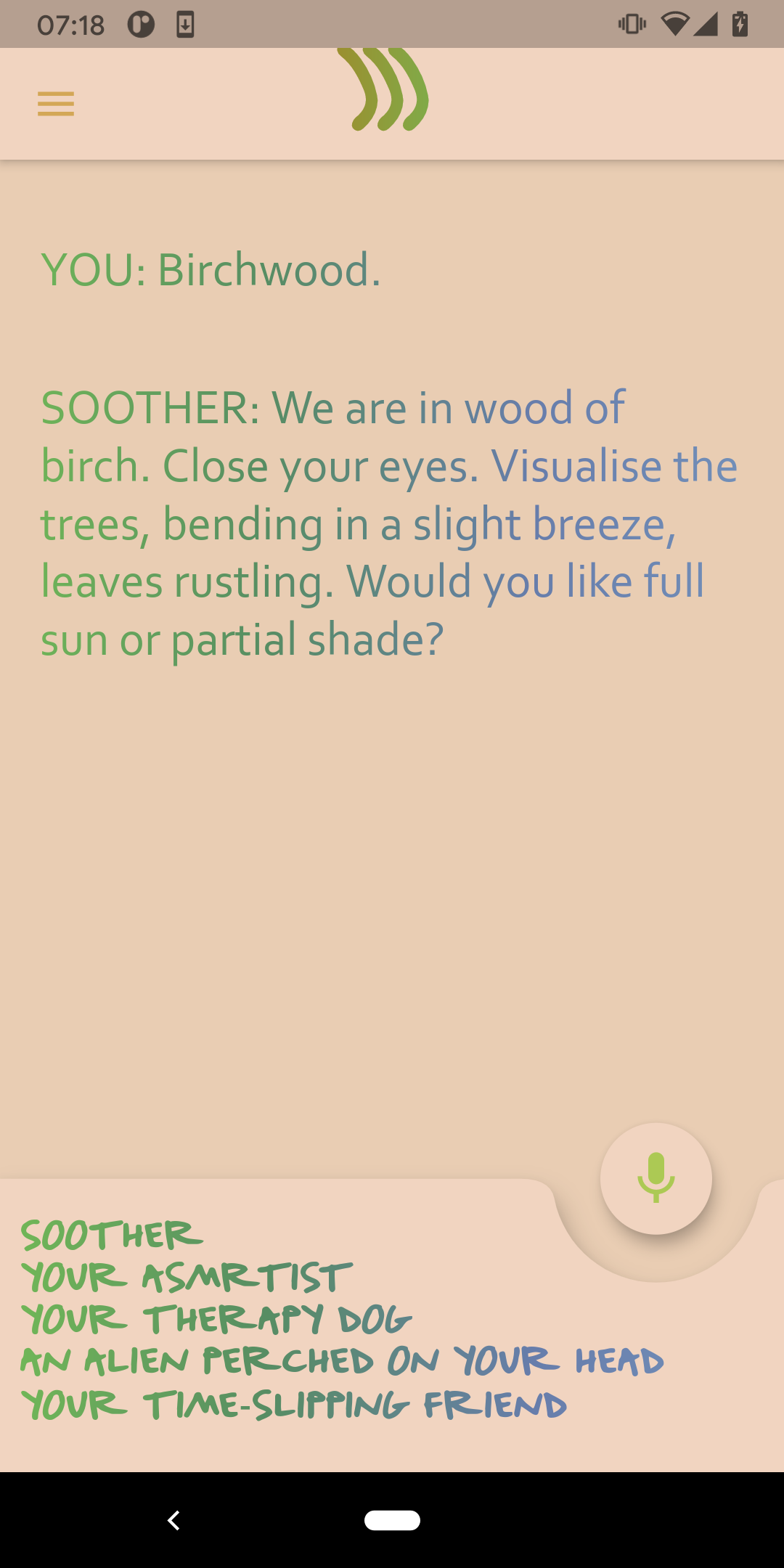 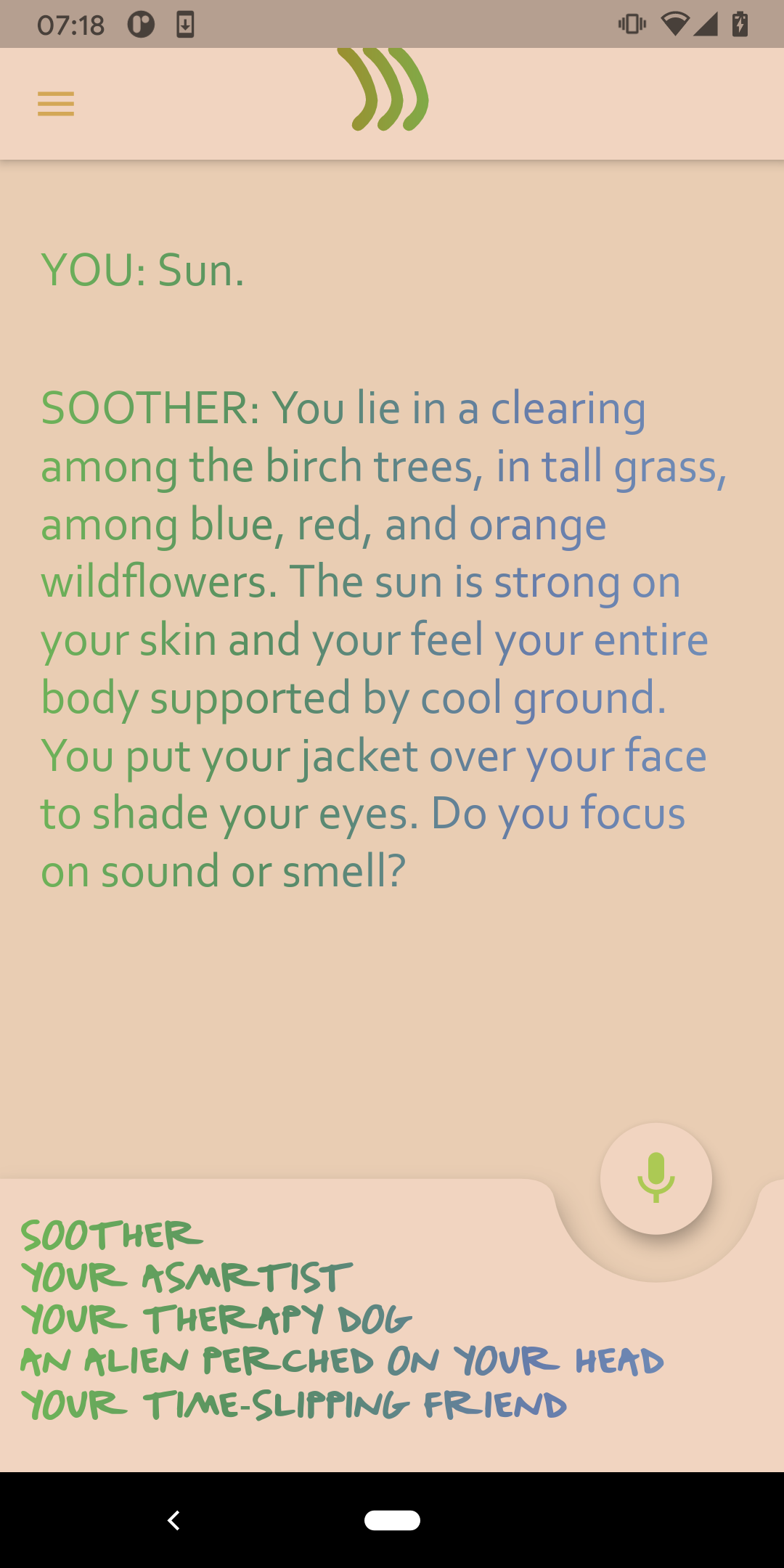 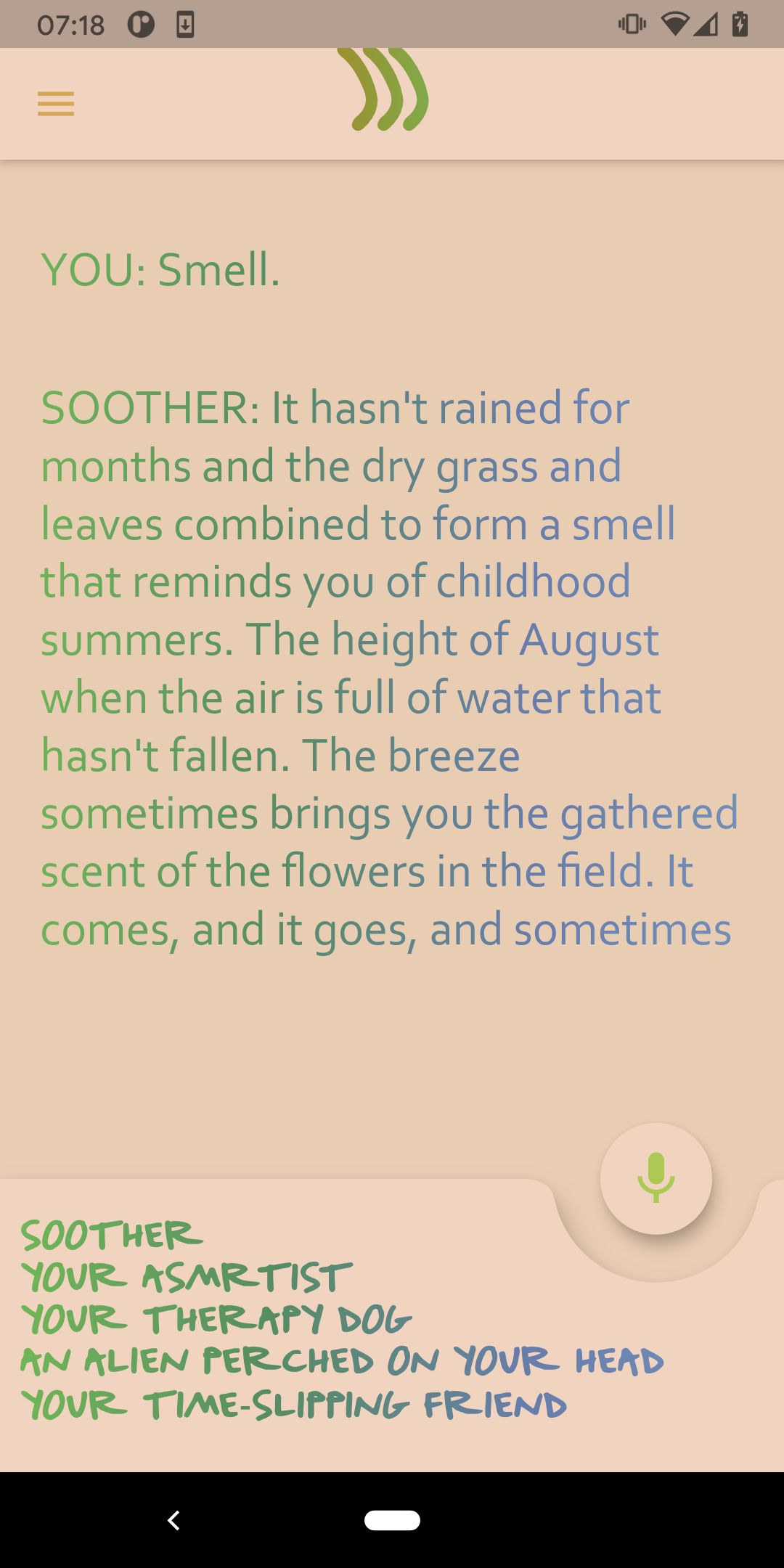 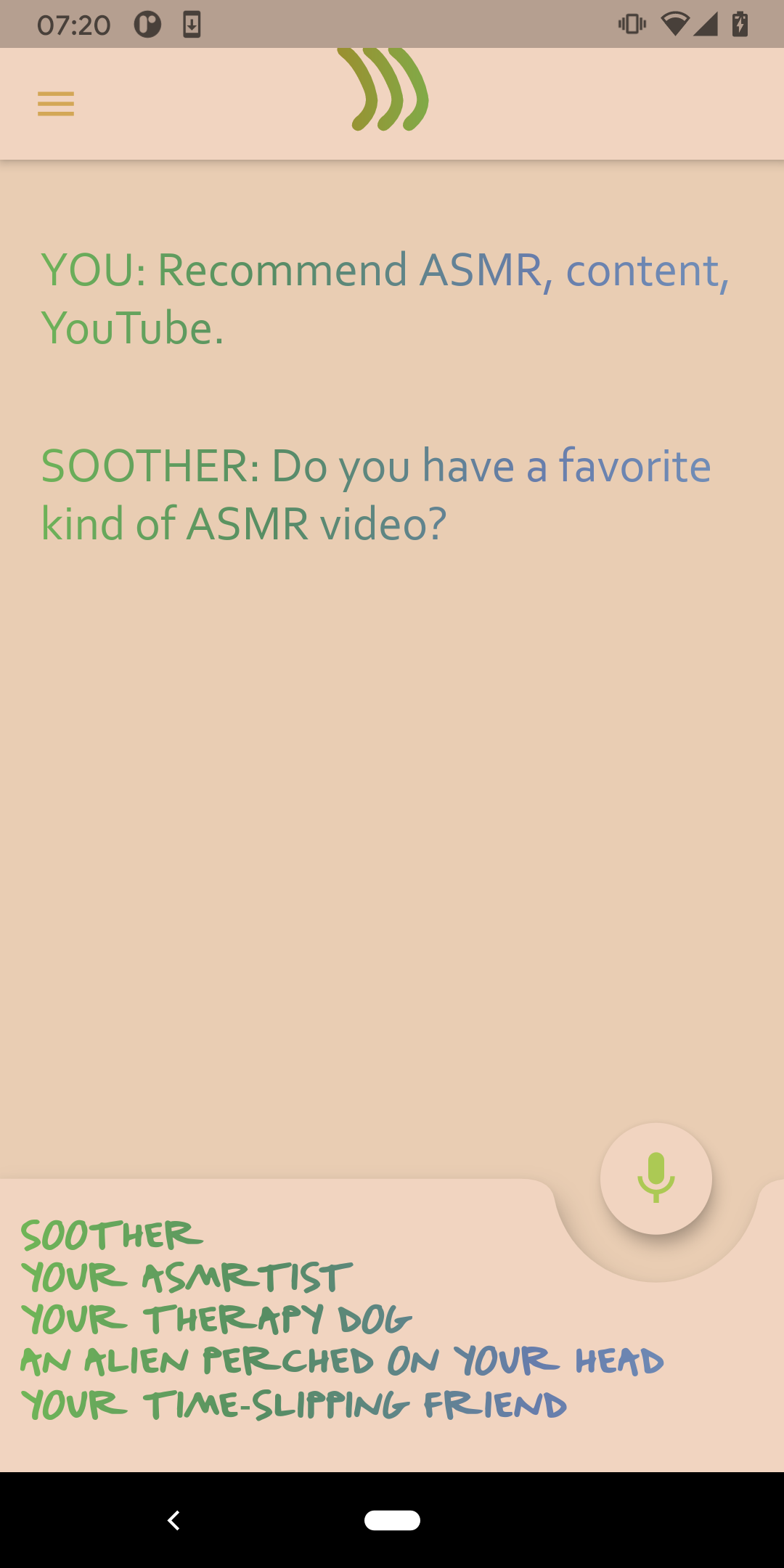 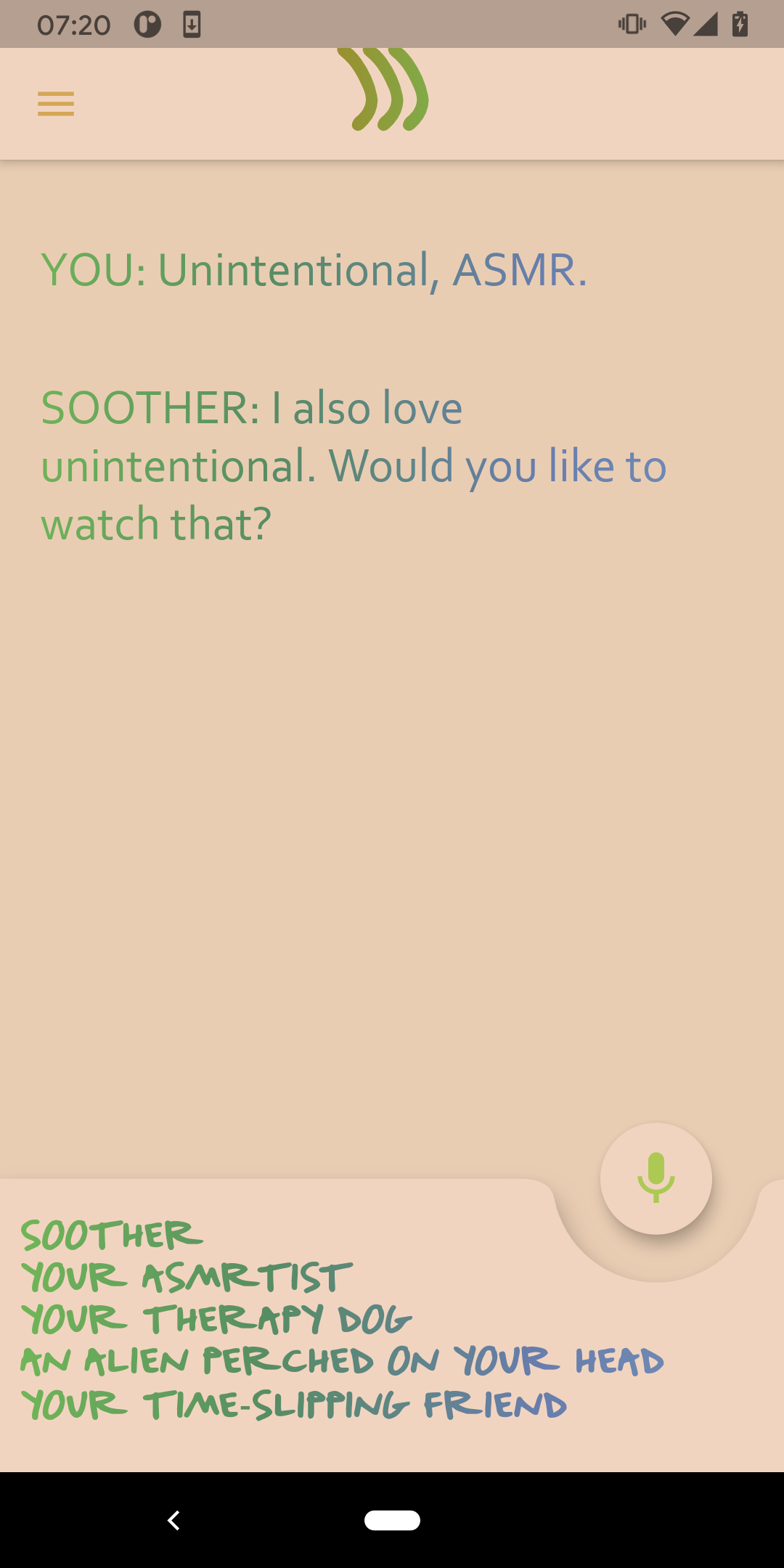 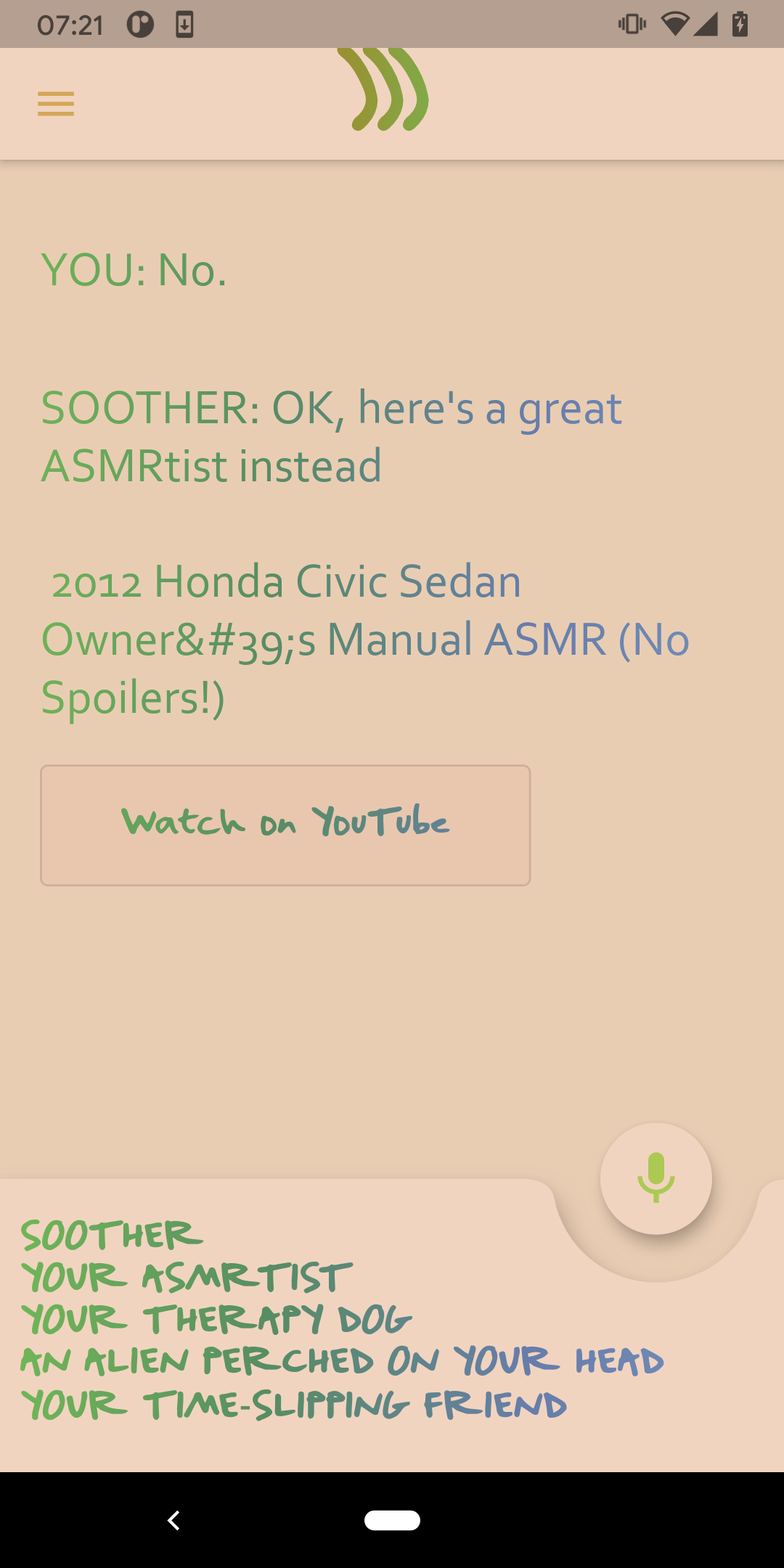 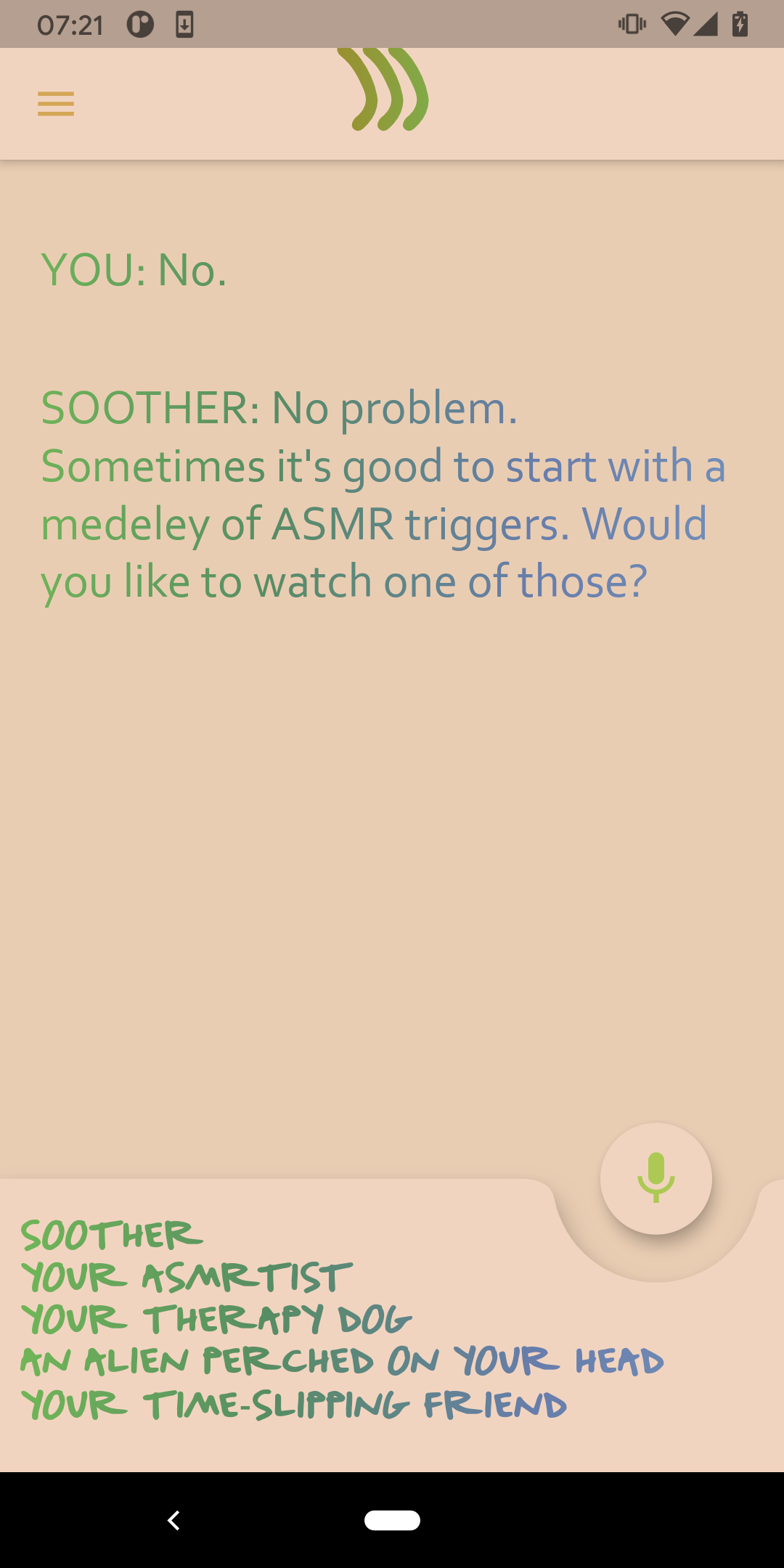 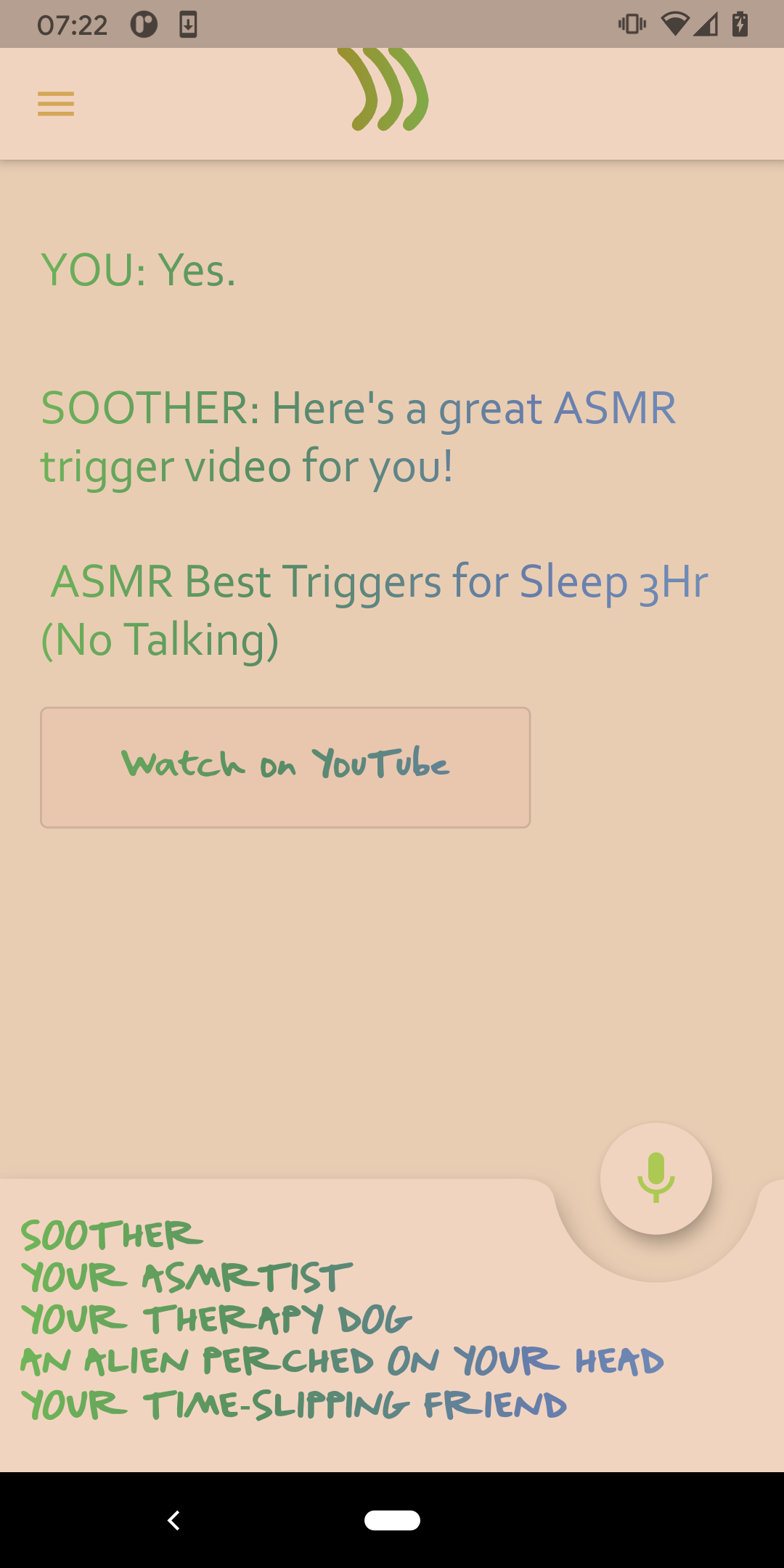