Here are some examples of SOOTHER’s synthesised whisper in training and inference. The “training” samples are output at “checkpoints” during model training and are derived from the speech dataset; the “inference” samples are created by querying a trained model with text that is not included in the speech dataset. As you can see below, the “training” samples are far more coherent because the algorithm has contextual information about the text being output.

As noted, SOOTHER is trained imperfectly, and this failing is clear, in particular, in the “inference” samples. For more about training and inference, see the general discussion on the subject.

I completed two major rounds of training on SOOTHER, one to ~250,000 steps, and another to ~140,000 steps, which was halted due to time; budget; and a creeping suspicion that my data was malformed and should be sanitized further before continuing.

This round of training was undertaken without having exactly “RTFM”’d. As a result, I had no idea what I was suppossed to be observing in the spectograms that are generated along with audio samples at training checkpoints. Spoiler: I wasn’t seeing the right thing. Although checkpoint audio samples improved over time , the accompanying spectrograms indicated that my model was not finding alignment. This becomes apparent when attempting inference on this model, which I demonstrate in the next section. 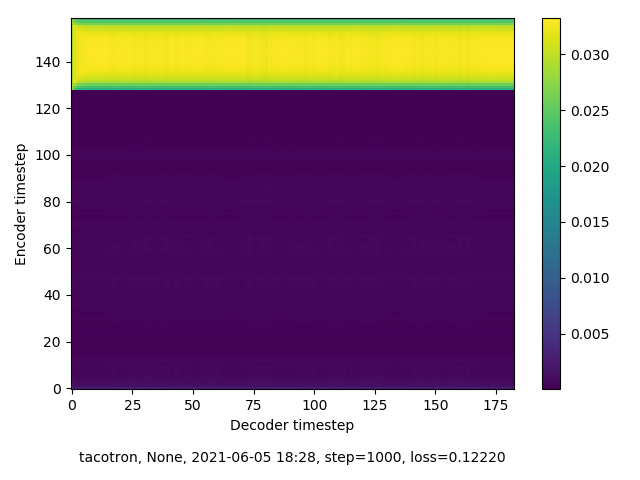 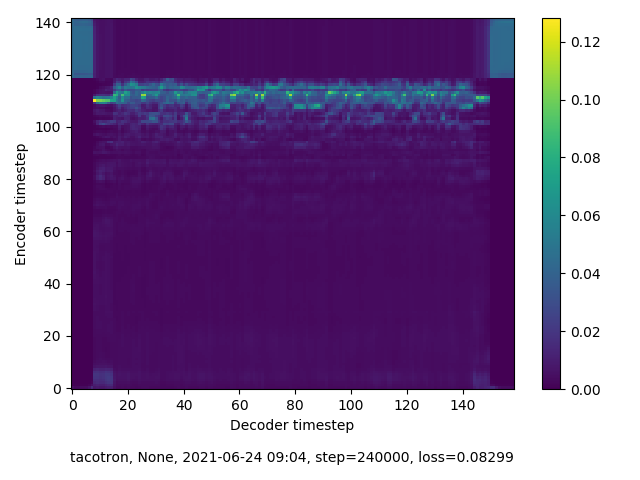 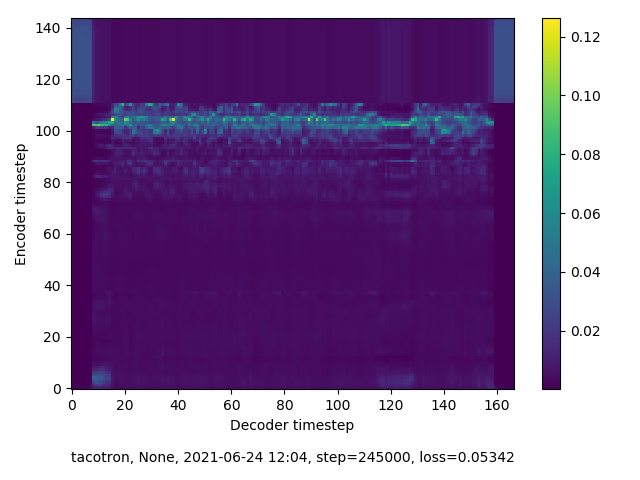 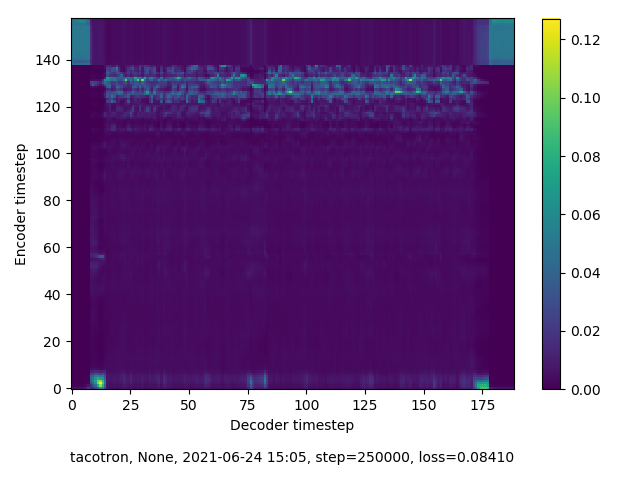 Here, you’ll see the catastrophic failure in inference. Although inference also largely fails for the model trained in round two, here, the output from inference is completely incoherent. 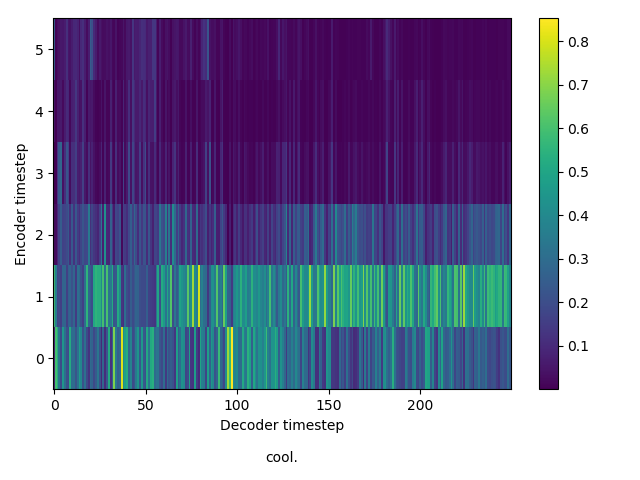 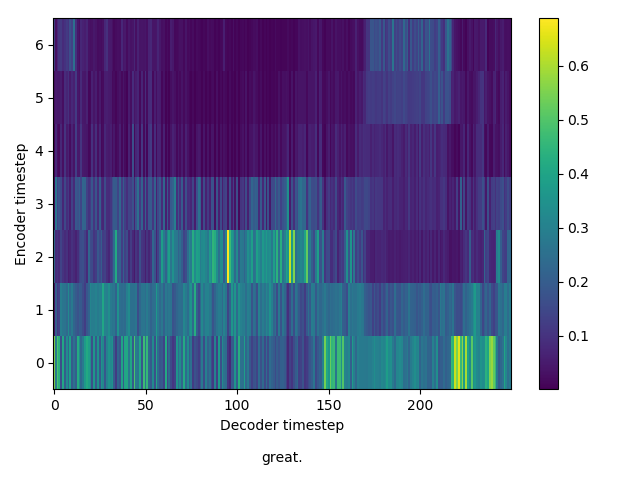 In this round of training, my model quickly reached something like alignment, although it remains imperfect. The “alignment” line does not run straight, without break, and directly from SW to NE corner of the spectogram. However, the near-alignment achieved in this round of training means that inference performed on this model sees greater success than in the previous round. 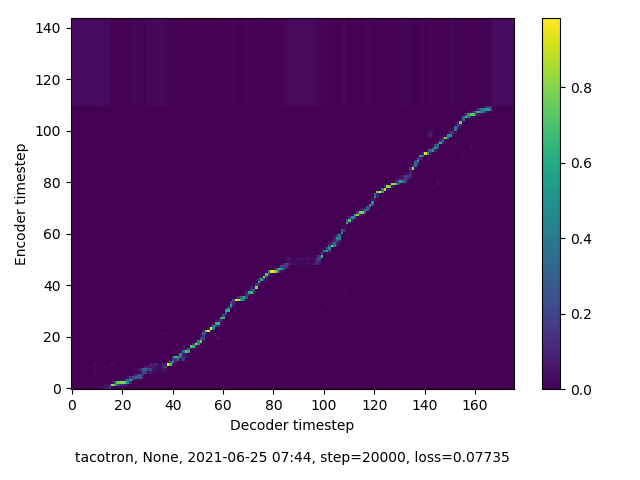 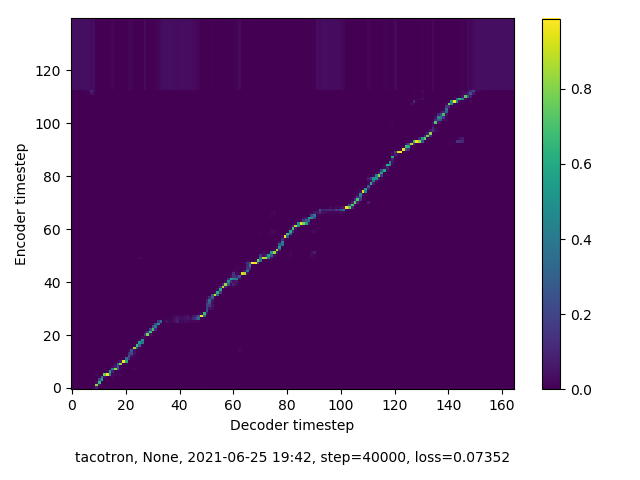 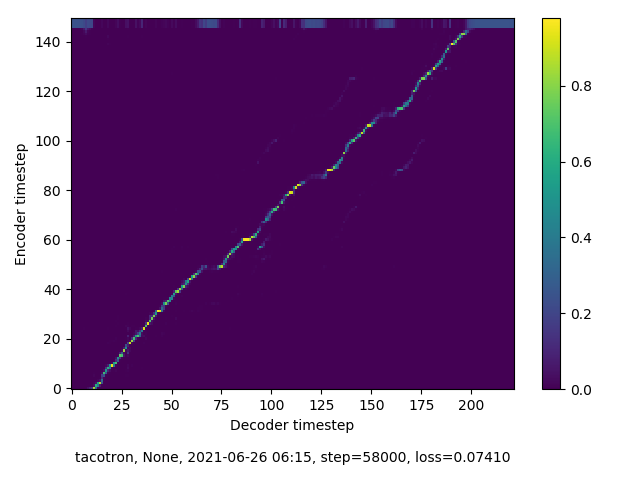 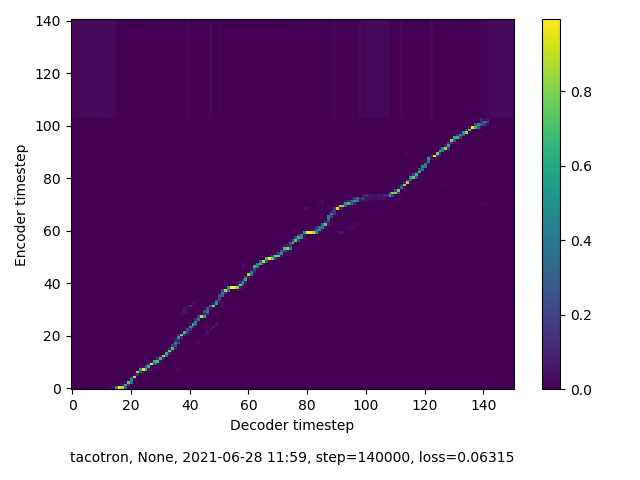 Here, SOOTHER’s voice becomes more coherent, but there are still many problems, including:

In conclusion, SOOTHER doesn’t really know how to speak yet, but SOOTHER yet will speak :)